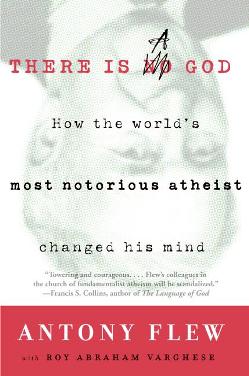 He was one of the world’s most vocal and respected atheists but after years of studying all the available evidence he’s come to a very different conclusion.

Professor Antony Garrard Newton Flew is a British philosopher who was known for several decades as a prominent atheist. In fact, he has been called the world’s most notorious atheist.

For many years, Flew debated Christians and others who believed in the existence of God saying that one should presuppose atheism until evidence of a God surfaces. He still believes in this approach but in recent years he has come to the understanding that such evidence does exist.

Today we discussed Flew’s book, There Is A God, and looked at what he now believes.

Antony Flew is certainly not a Christian but the book would suggest that he sees Christianity as the most compelling of the world’s religions.

I haven’t had a chance to read the book as yet but I certainly want to grab a copy. Ross says that it’s very readable and quite a revelation.

If you want to hear some more about Antony Flew and his book you can listen to our conversation by clicking play on the audio player at the bottom of this post.

So where does the evidence point for you? Whatever side of the fence you’re on, I hope you’re wise enough to ask the tough questions and see where the answers lead you.

Do you think some of your friends would enjoy reading Antony Flew says There Is A God? Please use the buttons below to share the post. Thanks.