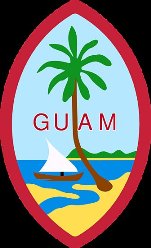 The Chamoru people of the island we know as Guam have waged a long struggle for an act of self-determination as a significant step in their struggle to protect their land and culture from the effects of militarisation.

Their movement for non-violent social change in their homeland is largely unknown here in Australia.

The island has served as a military base for many years and now plans are underway to increase the military presence amongst these peaceful people.

Guahan (the indigenous name for Guam) is considered to be an ideal base since it is about three hours flying time or two to three days by ship from Japan, Okinawa, Indonesia and the Philippines. Flying to China or North Korea from the West Coast of the United States takes 13 hours, from Guahan it takes four. A carrier group based at Guahan could reach Taiwan in two days.

Guahan is strategically located close to several of the worlds most important sea lanes, such as the Strait of Malacca, through which some 50% of the world’s oil passes each year.

Dr Lisa Natividad and Julian Aguon of Guam joined me during my morning programme on 98.5 Sonshine FM this morning to talk about the situation and what we can do about it. If you’d like to be more informed about the plight of the Chamoru people just click the play button on the audio player at the bottom of this post.

Do you think some of your friends would enjoy reading The Chamoru people of Guahan? Please use the buttons below to share the post. Thanks.