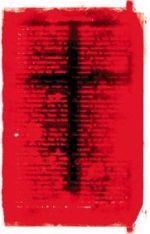 How far is too far?

Can a deed be so dark that there’s no pardon or forgiveness from God?

While we don’t seem to hear people talking about sin so much these days we still know that there are things that cross the line.

Can we be forgiven for murder? Are sexual crimes unforgivable? Is there forgiveness for the increasing number of people facing child pornography charges?

Does forgiveness mean that people no longer have to face the consequences of their actions?

Today we tackled the subject of unforgivable sin.

Ross talked about the many calls he gets from people asking if they can ever be forgiven for the things they’ve done. Many people call his Sydney radio show asking whether suicide is forgivable.

One woman spoke to Ross about having a harsh conversation with her son. When she visited his home the next day she found his body. He had committed suicide. The woman wanted to know if she could be forgiven for the harsh words she’d spoken and whether her so would be forgiven for taking his own life.

I’ve heard people say that God could never forgive the terrible things they’ve done and I wonder whether it’s likely that their sense of unforgiveness comes from an inability to forgive themselves.

You can hear what Ross had to say by clicking play on the audio player at the bottom of this post.

Do you think some of your friends would enjoy reading Unforgivable Sin? Please use the buttons below to share the post. Thanks.

Replacing our families with faith
Do we need a Christian Twitter?