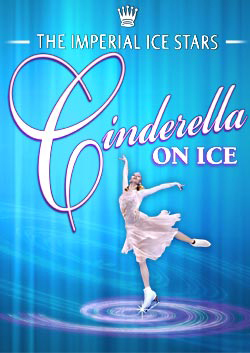 It’s hard to find the words to describe the Imperial Ice Stars production of Cinderella on Ice. The athleticism, strength and skill of the skaters is beyond incredible.

Pauline and I saw the show on Wednesday evening and were thrilled by the performance. I had seen their Swan Lake on Ice a couple of years ago and so I knew some of what to expect but there were still plenty of surprises.

You can get a small taste of the show by watching this video.

While I have trouble even standing up in a pair of ice skates, these performers just keep adding to the degree of difficulty with their perfect triple flips, triple toe loops, double axels, death spirals, camel spins, Bielmanns, triple throw axels, awe-inspiring aerial gymnastics and their performance specialty of incredible lifts and lift sequences, as part of their unique style of theatre on ice.

I guess we should expect greatness from such a company with the Imperial Ice Stars boasting 25 World, European and National Championship skaters who between them have won over 200 competition medals.

The Imperial Ice Stars is comprised of the cream of Russian skating talent, the majority having been coached and schooled by Russia’s leading coaches, and some from as early as 4 years of age.

Their amazing feats are made even more spectacular by the fact that their ‘ice rink’ is only the size of a theatre stage.

More than two million people across five continents have been swept to their feet by The Imperial Ice Stars’ adrenaline-infused performances. The Imperial Ice Stars have performed at many of the world’s most prestigious venues, from Sadler’s Wells in London’s West End to the Esplanade Theatre in Singapore, and from Montreal’s Place des Arts to Moscow’s Red Square.

Cinderella on Ice, their third production, continues to break new ground in the genre of ice dancing. Stunning skating feats, some only seen in Olympic arenas and some never seen before, are performed within the confines of a frozen theatre stage, including breathtaking high speed throws and incredible lifts and lift sequences.

If you ever get the opportunity to see any performances by the Imperial Ice Stars I suggest you grab that opportunity with both hands.

Do you think some of your friends would enjoy reading Cinderella on Ice? Please use the buttons below to share the post. Thanks.

Access 31 Closed Down
Dralion – Cirque du Soleil back in Perth