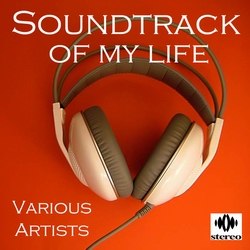 I guess I was late to the party. I didn’t really get hooked on The Saints until I saw the video clip for Ghost Ships in the mid-eighties. It was after that I started exploring their earlier music and enjoying everything they produced from that point forward.

They’ve had more line-up changes than most people have had hot dinners, with the one constant being Chris Bailey.

While their early work was early and influential punk, their music changed regularly providing some amazing variety and some great listening.

The Saints is an Australian rock band, which formed in Brisbane in 1974. Founders were Chris Bailey (singer-songwriter, later guitarist), Ivor Hay (drummer), and Ed Kuepper (guitarist-songwriter). Alongside mainstay Bailey, the group has had numerous line-ups. In 1975, contemporaneous with United States’ Ramones, The Saints were employing the fast tempos, raucous vocals and “buzz saw” guitar that characterised early punk rock. With their debut single, “(I’m) Stranded”, in September 1976, they became the first punk band outside the US to release a record, ahead of better-known acts including the Sex Pistols and The Clash. They are one of the first and most influential groups of the genre, according to Bob Geldof, “Rock music in the seventies was changed by three bands—the Sex Pistols, the Ramones and The Saints”. – Wiki

If you’ve never heard of The Saints, or you just want to enjoy some great memories, check out the video below then go searching for some of their other music … but be warned, their tracks aren’t always as ‘gentle’ as Ghost Ships.

Do you think some of your friends would enjoy reading Soundtrack of my Life – Ghost Ships? Please use the buttons below to share the post. Thanks.