Before moving into a new year it’s good to reflect on the ups and downs of the previous year.

A lot has happened in 2009. There have been some extreme highs and some tragic lows.

Pauline’s sister Carina passed away from cancer on the 8th of February at the age of 41. She had battled cancer back in 2007 and had later been given the ‘all clear’, but very early in the year she was diagnosed with more aggressive forms of cancer and we knew that she wouldn’t be with us much longer.

Our children changed schools and we all changed churches as we prepared to move from one side of the city to the other. While our move didn’t happen anywhere near as fast as we would have liked, we can still see God’s hand in the process and we’re so thankful that on the 5th of August we moved into an eight year old house that instantly felt like home.

In February I took our son, James, to see the opening night of Phantom of the Opera. Considering that he was only ten at the time, I really wasn’t sure how much he would enjoy it but he seemed pretty pleased that I’d taken him along. It was only later when he kept raving about it to anyone who would listen that I realised how much he loved it.

In the middle of the year I became the father of a teenager when our daughter, Emily, turned thirteen. Unfortunately, Emily is as as gorgeous as her mother and so the next few years are sure to involve a plethora of teenaged boys and me beating them off with large sticks.

In September we were devastated by the death of close friend Mark Simpfendorfer. We’d travelled half way across Australia together in 2003 as he videoed a team of cyclists I was leading on a marathon fund raising ride from Perth to Hobart. Earlier in 2003 we had travelled to India together. Mark was there to capture my ride from Agra, home of the Taj Mahal, to Delhi. It was an amazing experience for both of us. We loved our time there and were more than happy to return two years later with a small team of Aussie cyclists. We were talking about returning next year around the time of the Commonwealth Games in Delhi. Mark was also a major part of one of an extremely significant day for Pauline and me. He agreed to video our wedding back in December 1992. The resulting video, as expected, was spectacular. He was just 45 years of age and left behind four remarkable children.

In October I cycled from Perth to Albany with six other amazing cyclists, raising money for Cancer Council WA and broadcasting from a different town each day. It was a bold experiment for 98.5 Sonshine FM and a huge boost for Cancer Council with over $15 000 raised by the team.

Speaking of cycling, over the past twelve months I more than doubled last year’s cycling total. I finished 2009 clocking up just over 10 500 kilometres on my bike. (Now I have to decide what target to set for next year.)

I’ve interviewed a wide range of people during my morning radio programme in 2009 including Ian ‘Dicko’ Dickson, Guy Sebastian, Paul Potts, Kate Miller-Heidke, Tina Arena, Sam Kekovich, and many others, but perhaps my favourite interview for the year was with Australia’s first world road race champion and Tour de France contender, Cadel Evans. I’m a cyclist but Cadel is cycling royalty.

Time has moved on. My hair has got a little thinner. My skin has gathered an assortment of wrinkles. My eyes don’t see as clearly as they once did. But thankfully there is much for which I can be thankful. Wisdom keeps growing. Life experience is becoming richer.

I’ve got so much to celebrate.

I’m the husband of the world’s most wonderful woman, the father of two thoroughly amazing children and a son of the God who put this incredible world together.

Do you think some of your friends would enjoy reading A personal look at 2009? Please use the buttons below to share the post. Thanks.

As we start pulling down the calendars and getting ready to launch into a brand new year, I’m wondering if 2009 will be a year of regret for you.

Some people say that they have absolutely no regrets in life. I consider that to be foolish. It’s foolish not to learn from our mistakes and while mistakes can help to shape us and move us forward, not to feel some regret when we get it wrong is a waste of opportunity.

Having said that, I’m not a person with huge regrets. I don’t regret my ‘big picture’ life decisions but I do regret some of my actions. I regret sometimes being impatient or showing intolerance towards some people when I should be displaying grace. I regret not achieving a greater level of self-discipline in some areas of life.

Even after over half a lifetime I’m still learning and hopefully I’ll continue to turn my regrets into opportunity for improvement.

Unfortunately some people get stuck with their regrets. They let regret hold them down rather than dealing with issues and moving forward. Regrets can be helpful if they trigger change and help us to move on but many people refuse to take the next step and they live a life of regret. That regret becomes more and more toxic and robs them of the joy of everyday life. There needs to be a time to let go of regret.

In the final hours of 2009 will you be dealing with the regrets of the past twelve months? Will you be letting them go so that you can start 2010 with a clean slate?

Some of the worst regrets are those that come from our ‘big picture’ life choices. Career choices, relationship choices and a variety of other decisions that shape our lives can lead to fulfilment or a deep sense of regret in our later years. You may be many years or even decades away from your autumn years now, but it’s the choices you make now that will shape the way you think back on your life when that time comes. If you want to reflect on memories of a life well lived you need to live well now.

Twenty years from now you will be more disappointed by the things you didn’t do than by the ones you did. So throw off the bowlines. Sail away from the safe harbor. Catch the trade winds in your sails. Explore. Dream. Discover.
– Mark Twain

What risks will you take in 2010? Will you dare to explore, dream and discover?

My hope for you in 2010 is that you are able to deal with anything in the past that is holding you back and that you’ll be able to fully launch yourself into a big year with big dreams and live a big life.

Do you think some of your friends would enjoy reading Regretting 2009? Please use the buttons below to share the post. Thanks. 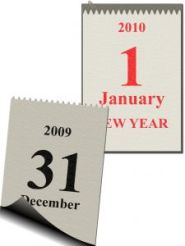 In all the busyness of this time of year have you managed to set time aside to draft out a few New Year’s resolutions?

Maybe you’ll get some time over the next couple of days. I’m hoping to get something together before the end of Thursday so that I’m ready for Friday and a brand new year. I’ve got started with a few categories or areas of life where I want to see change or growth and I have most of the ideas of what they’ll look like in in my head. I simply need to commit them to paper … er … computer.

While many people don’t believe in such things I reckon that any time we can sit down and take stock of our lives and make plans for the time ahead is time well spent.

As with every year I’m sure that many will set all the usual resolutions about losing weight, getting fitter, quitting smoking, reducing debt and all the rest but I wonder what 2010 would look like if we made resolutions and goals about improving relationships with those close to us and then asked those people, or others, for help in staying accountable to those goals.

I wonder how things would be if we made resolutions about helping those we may not even know but who need a hand up.

How would 2010 shape up if we determined that family was more important than the demands of work and then structured our schedules accordingly?

What would it be like if we decided that 2010 was the year that we would look beyond the physical and material things of this world to discover deeper spiritual meaning?

Do you think some of your friends would enjoy reading Wondering about a new year? Please use the buttons below to share the post. Thanks. 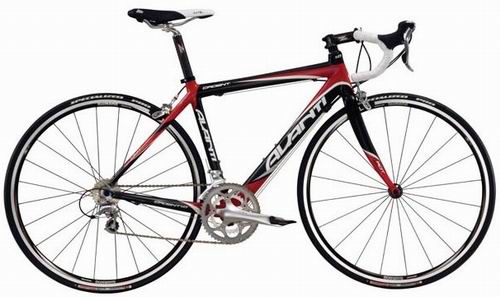 I made it … and just over a month early.

By the time I finished cycling today I’d nudged my total for the year to just over 10 000 kilometres. Last year I managed to notch up 5 192 kilometres and I was hoping to get to 10 000 by the end of December. Looks like I’ve now got a bonus month.

As long as nothing major happens between now and the end of the year I should make it past 10 384 to double last year’s total.

There are certainly other goals for this year that I won’t or can’t reach but I’m more than pleased to have this one in the bag.

Have you reached any goals or targets this year? Have you started thinking about goals or resolutions for 2010?

Do you think some of your friends would enjoy reading Ten Thousand Kilometres? Please use the buttons below to share the post. Thanks.

This time last year I was looking ahead to early April when I was scheduled to fly to Haiti with Compassion Australia to see their child sponsorship programmes at work. As it turned out we were only able to stay in Port au Prince for a couple of days before food riots made it necessary to leave the country and travel to neighbouring Dominican Republic to see Compassion’s work there.

There were other events throughout 2008 but the Compassion trip was certainly a highlight.

I guess it’s all about moving house and connecting with a new community. Over the past few months we’ve been busy getting our current home ready to sell so the task is now to find a buyer before finding a new house and moving. A big task indeed.

Do you have any major events or plans this year? Is there a change of jobs or a change of scenery on the radar for you? What are your big ideas for 2009?

Do you think some of your friends would enjoy reading What's the big idea?? Please use the buttons below to share the post. Thanks.