This Sunday is Father’s Day here in Australia.

I read today that in a recent poll a lot of people compared their dad to Peter Griffin from The Family Guy. It seems they consider their dad to be cuddly, loveable and great for a laugh, just like Peter Griffin.

20th Century Fox asked 1,000 Aussies aged from 18 to 44 which TV dad was most like their own. The choices were:
– Peter Griffin from The Family Guy
– Benjamin Franklin ‘Hawkeye’ Pierce from M*A*S*H
– Seeley Booth from Bone
– Jack Bauer from 24

How about you? What television or movie character best sums up your dad and why? Can you identify with any of the choices they gave or does another character remind you of your dad?

Thanks to Readers Digest Australia for the info on the poll.

Do you think some of your friends would enjoy reading Who’s Your Daddy?? Please use the buttons below to share the post. Thanks.

I wonder when it officially happens. When do we switch from being normal citizens to those slightly ‘older’ people who despair at the state of the world and those ‘crazy young people’?

I don’t know the answer to that but I do know that I’ve made the transition. Maybe it’s such a subtle thing that I missed the switch. I know that I’ve switched camps because I’m often left confused by stuff that happens around me.

Perhaps you could help me out by answering some of life’s mysteries for me. Here’s a list of things I just don’t get.

1. Why do the vocals on the overwhelming majority of songs these days have to be forced through a vocoder? Has the world really run out of people who can hold a note, or several notes in succession? What has happened to the good, old-fashioned idea of a singer actually being able to sing without the aid of electronics? Cher used one for a few lines in ‘Believe’ and had a massive hit. Back them it was a cute effect. These days no one seems to record without it.

2. Why do some advertisers think that their offer is more convincing if they shout about it? Do they really think that the proof of value in a product is how fast and loud someone can shout about it? “Yes, I think I will go out and buy one of those rugs. I don’t actually need one but the guy on the telly was really yelling.”

3. When did it become standard practice to dispose of small shard of glass across metropolitan roads? Maybe this irks me more than most others seeing as I’m a cyclist. I never see people standing by the side of the road drinking. I’ve never seen a motorist hurl a bottle out of their car. Yet every day there seems to be more and more glass spread across the bitumen. It does not delight me to have to pick tiny pieces of glass out of my tyres. TAKE YOUR BOTTLES HOME AND PUT THEM IN THE BIN, YOU MORON.

4. Reality Television? Who’s reality is that? Who’s day to day reality involves being followed around by a full camera and sound crew while being forced into totally unnatural scenarios? Even if the footage gathered is somehow close to reality, what happens after the producers and editors have had their way with it means that what we see on TV bears very little resemblance to any kind of true reality. I know that it’s relatively cheap to make but don’t expect us to swallow the idea that it’s about normal people going about their normal day to day activities.

5. What’s with those roadwork signs that say, “NO LINES DO NOT OVERTAKE UNLESS SAFE”? Really? Does that mean that if there are lines marked I can overtake when it’s not safe? I’m sorry, but I’m not overtaking if it’s unsafe whether you’ve had a chance to mark the lanes or not. I don’t need a sign to remind me that it’s unsafe to overtake if there are several hundred tonnes of semi-trailer heading in my direction on the other side of the road. I will avoid that semi whether or not there are dashes or lines down the middle of the carriageway.

6. Why do the guys flying aeroplanes give you their full names? Surely a first name would be enough. Are there people who fly far more often than I do playing ‘Captain Bingo’? I’m very pleased that there are men and women who have gone through the necessary training to be able to get those huge machines off the ground (and especially to be able to land them safely) but why do I need your full name? If all goes well I’ll simply walk off the aircraft and go about my business. If it doesn’t go well, I’m unlikely to be in any fit state to quote your full name and rank in any resulting court case.

7. While we’re talking flying, I’m also wondering why common courtesy can tend to go missing when you board an aircraft. I’m not talking about flight crew. I don’t think I’ve ever found a hostess or steward that has been unfriendly. What I’m talking about is fellow passengers who don’t understand that my seat is my space. On my flight out of Perth some time back I was sat next to a woman who didn’t see it as a problem to spill over into my space. Her left arm kept straying right across our common armrest with her elbow sticking into my ribs and parts of her kept oozing under the armrest into my space. Hey, I’m a big person too but I still manage to keep all parts of me inside the confines of the seat that’s been bought in my name.

9. The endless fascination with the private lives of celebrities. OK, I get that you like their films or their songs or whatever it is that they do, but why do we need to know what they’re doing every second of the day? I’m busy enough keeping up with my own life. I don’t need to know every tiny detail of someone else’s life just because they happen to be blessed with a certain creative talent. Of course there are then those people who are famous for just being famous. That boggles my mind even further so let’s not go there.

10. How the world decides who to place on a pedestal. I guess that if I’m talking about the cult of celebrity I should also scratch my head over the way we decide who to hold up as a hero. Why do we hang off every word that comes from the mouth of an actor, singer, entertainer or athlete and yet ignore those fighting for a more just world? Why do people who simply provide a distraction from our daily lives make millions upon millions of dollars yet doctors who are trying to find cures that will save thousands of people still lobbying for research funds? It all seems upside down to me.

So there you are. Yes, I’m just getting old and grumpy but that doesn’t help me understand certain things that happen in this world. What are the things that you just don’t get? (I promise I won’t think of you as old and grumpy if you leave your own list in the comments section of this post.)

Do you think some of your friends would enjoy reading 10 Things I Just Don’t Get? Please use the buttons below to share the post. Thanks.

Miranda Devine is spot on with her article, Flash of fame spreads sluttiness, in today’s Sydney Morning Herald.

She cites the growing trend for young women to abandon all modesty to flash their crotches at paparazzi.

It’s well past time that we started asking the same questions of our ‘celebrities’ and our culture, and that we paid even more attention to the messages that society is force feeding our daughters.

I know that I have more conservative views than many others, but seriously, does anyone really think that the current trend is helpful for anyone?

Can I encourage you to read Miranda Devine’s article. It’s a little raw and to the point, but it would seem that we need a wake up call.

Once you’ve read it, share it with your daughters to let them know that they don’t have to bend to the pressures that they may feel to be as trashy as those they see in the social pages, and unfortunately, those they often see in their own community.

Do you think some of your friends would enjoy reading Put some clothes on? Please use the buttons below to share the post. Thanks. 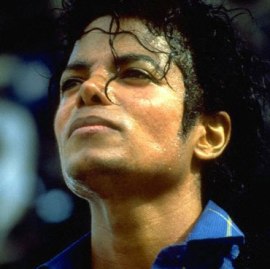 It’s being reported that pop star Michael Jackson has died of a massive heart attack. Paramedics were unable to the revive the troubled star.

Michael Jackson had been taken to hospital in LA following unsuccessful CPR treatment by paramedics who were called to his home. Fire Department paramedics were first at the scene of the singer’s $US100,000-a-month rented home in Holmby Hills near Sunset Boulevard about 12.12pm (local time) to find him not breathing, the Los Angeles Times reported.

TMZ says that once at the hospital, staff once again tried to resuscitate Jackson but he was completely unresponsive.

We’re told one of the staff members at Jackson’s home called 911.

La Toya ran in the hospital sobbing after Jackson was pronounced dead.

Michael Jackson has played a part in so many lives over many years.

My own Michael Jackson story goes back over 21 years. On Sunday evening the 8th of May 1988, Jackson’s song Main in the Mirror was the first song that I ever played on radio. I began my radio career with one of his songs.

It’s sad that even with all the wealth, talent and adulation, Michael Jackson still seemed to have such a troubled life.

Do you think some of your friends would enjoy reading Michael Jackson Dead? Please use the buttons below to share the post. Thanks.