This is one of a regular series of articles highlighting some of the music that has played a part in my life.

You’ll find a range of songs from old to new. You’ll probably find music that has been part of the soundtrack of your life too.

You can also check out some of the other songs that make up the soundtrack of my life.

Last week I highlighted three songs from David Bowie to mark his passing. Today I’m marking the loss of another great musician.

The One You Love – Glenn Frey

Glenn Frey’s music covered a wide range of genres that it’s hard to choose a song that truly represents his career but as this is the ‘soundtrack of my life’ I had to choose a song from his first solo album, No Fun Aloud. The album was released in 1982, back when I was 19 and some people that are reading this post weren’t even born. I bought the vinyl copy because back then it was either vinyl or cassette.

The album quickly became a favourite with schmaltzy (and I mean that in a very good way) tracks like today’s choice, The One You Love, through to a little rock and a wonderful version of Sea Cruise. The album rose to 32 on the U.S. charts and featured two top 40 singles, “The One You Love” and “I Found Somebody”. No Fun Aloud reached gold status, selling half a million copies in the U.S. alone.

Are you gonna stay with the one who loves you
Or are you goin’ back to the one you love?
Someone’s gonna cry when they know they’ve lost you
Someone’s gonna thank the stars above

While Glenn Frey will be remembered more for being a co-founder of The Eagles than his solo work, I’ll always love his own music, right from that first album through to songs with a strong social conscience like I Got Mine with lyrics like the following.

Check out the rest of the song some time. It’s powerful.

Glenn’s most recent solo work, his fifth and final studio album, was After Hours, a lush lounge album that highlighted his smooth vocals and displayed his incredible versatility.

So now, it’s time to soak in one of the songs that makes up the soundtrack of my life. Enjoy Glenn Frey’s The One You Love.

I’d encourage you to get involved too. Let me know about some of the songs that are etched in your mind. What are the tunes that bring back a flood of memories every time their opening notes start cranking out on your stereo? Are there songs you love for their music and others that speak deeply through their lyrics?

This week I’d be particularly interested in your favourite Glenn Frey music, whether it was anything from his solo work or a favourite Eagles track. I look forward to reading your memories.

Do you think some of your friends would enjoy reading Soundtrack of my Life – The One You Love? Please use the buttons below to share the post. Thanks.

As I was cycling to work yesterday morning I rode past an older home that I’ve passed many times over the last few years. It had recently had a for sale sign in the front yard and eventually that sign had big sold sticker placed across it. Yesterday morning it had a wire fence across the width of the property. Sitting quietly behind the fence was a large excavator.

All was quiet at the house but I knew that the peacefulness wouldn’t last long. Sooner or later workers would arrive and that house would flattened.

Sure enough, on my way home the excavator was pushing rubble around. The house was demolished. No walls or structure, just splintered and broken building materials.

I wonder what stories those piles of bricks could tell.

I wonder how many families grew up there and where they are now. Were the rooms in those houses full of laughter? There must have been good and bad times, smiles and tears. Now there are just memories amongst the broken fragments of what had once been a home and I’m sure that within a few days even the remaining rubble will be gone.

I’m sure that over the coming months a brand new building will rise on that piece of land and that new house will bring good and bad times of its own but it’s good to reflect on what has been before we move forward towards what is still to come.

Around thirty four years ago I left the only home I’d ever known when my parents sold the house where I’d grown up.

I haven’t visited that old road for a while but last time I did it the old house was still there. It’s in a bad state of disrepair and it really should be demolished too. It’s an old asbestos house. No one’s ever going to renovate it so it’s really a matter of time until it’s gone. Although I haven’t set foot inside it for decades and the fact that it hasn’t been my home for most of my life, I’ll still be a little sad when it’s finally pulled down.

What sorts of stories could your home tell?

Would they be mostly happy stories? Can you remember the home where you grew up? Does it bring good or bad memories to mind?

Do you think some of your friends would enjoy reading Farewelling the Past? Please use the buttons below to share the post. Thanks.

We went and looked at our new house yesterday.

It’s a strange experience. We were walking through the house that we’ll call home in just a few days and I had to keep reminding myself that I wasn’t looking with interest at someone else’s home, I was looking at our home.

It was our final inspection. We had to make sure everything that should be working was working. The gas hot plates lit up, the oven heated, the water game gushing from every tap, the garden reticulation worked. Everything was great.

Wednesday is the day for the big move. Over the next couple of days we’ll be frantically packing and getting ready for the final push to get out of the place we’ve called home for over 16 years. This has been the home where we’ve experienced the highs and lows of life for so long. It’s the only home our children have ever known. In a few short days we’ll be saying good bye.

No doubt there’ll be a mix of emotions. We can’t wait to get settled in the home we chose over two and a half months ago but we know we’ll be leaving behind some amazing memories. We’ll say good bye to the familiar and start to explore our new environment. We’ll say farewell to friends who we won’t see quite so often. We’ll say good bye to some acquaintances who we’ll probably never see again.

Yesterday, while we were talking to the current owners of the house we’re buying, we were told of all the wonderful people in our new street. People they assure us we’ll get on with so very well.

This week promises to be a week of good byes and hellos … and we’re looking forward to everything that our move will bring.

Do you think some of your friends would enjoy reading Get Moving? Please use the buttons below to share the post. Thanks.

As I was cycling to work this morning I noticed a row of 4 or 5 houses has been demolished just near the East Perth Train Station. They were quite old and had fallen into disrepair over the past few years. There’s another one along with an old corner shop still marked for demolition.

I imagine they’re going to widen the road and they need the space.

I wonder what stories those piles of bricks could tell. I wonder how many families grew up there and where they are now. Were the rooms in those houses full of laughter? There must have been good and bad times, smiles and tears.

Now there are just memories amongst the piles of bricks and I’m sure that within a few days even the bricks will be gone.

Progress is often necessary but it’s good to reflect on what has been before we move forward towards what is still to come. We also need to remember that we sometimes need to remove the past before we can see the real potential that lies ahead.

What sorts of stories could your home tell? Would they be mostly happy stories? Can you remember the home where you grew up? Does it bring good or bad memories to mind?

Do you think some of your friends would enjoy reading Pulling Down the Past? Please use the buttons below to share the post. Thanks. 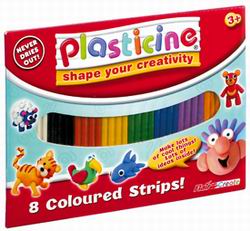 I know it wasn’t plasticine but it sure smelled like it.

I was cycling through an intersection this morning and got a quick whiff of something that suddenly took me back almost forty years to my grade one class in room one at Wembley Downs Primary School with Miss van Kampen. It was a smell like plasticine. I was immediately six years old again and just starting my formal education.

I remember my first year of school being a relatively happy time. If I had the opportunity to go back there …. I’d say no thanks. Life was good then but with a beautiful wife and two enormously talented kids it’s so much better now.

Isn’t it amazing how smells can bring back such strong memories? I wonder what are the smells that bring back memories for you. Are there places you go that awaken memories simply by the odours you smell there? Do some smells bring back things you’d rather forget or are they generally happy memories?

Cycling to work each morning I head past the local drive through coffee place and take in the wonderful aroma of fresh coffee. That’s always a smell associated with good things for me.

I often smell fresh baked goods as I cycle past by the local shopping centre and as I get closer to work the smell of pies and sausage rolls wafts across from the nearby bakery.

I love the fact that I can take in so much more of the world on two wheels.