Melinda Tankard Reist founded Collective Shout ten years ago, a grassroots campaigns movement for a world free of sexploitation in all its forms. She’s an author, speaker, media commentator, blogger and advocate for women and girls.

Melinda is best known for her work addressing sexualization, objectification, harms of pornography, sexual exploitation, trafficking, and violence against women.

Constant abuse and sometimes even death threats have become common occurrences for Melinda Tankard Reist. Those reactions only serve to highlight the seriousness of the topics that she raises in our society.

I was honoured to have her join me on my podcast, Bleeding Daylight. You can hear our discussion by looking for Bleeding Daylight wherever you find podcasts, or listen using the media player below.

The issues raised are very important and so I urge you to share this episode with others.

Do you think some of your friends would enjoy reading Melinda Tankard Reist – Rejecting Sexploitation? Please use the buttons below to share the post. Thanks.

Pornography used to be something hidden and shameful. In recent years it has become disturbingly mainstream. It’s talked about regularly on television and portrayed as normal as well as being discussed in general conversation.

Research shows that 35% of Internet users in Australia have viewed pornography or visited a sex-oriented matchmaker site. That’s around 4.3 million Australians.

Author and acclaimed Neuroscientist Dr. William Struthers is an Associate Professor of Psychology at Wheaton University and author of the book Wired for Intimacy: How Pornography hijacks the male brain.

“Our reproduction organs are often given too much attention in the discussion of sexuality,” say Dr. Struthers. “It is the brain, however, where we feel the sexual longing, the arousal, the focus and the ecstasy that comes from sexual intimacy.

Pornography takes human sexuality out of its natural context, intimacy between two human beings, and makes it a product to be bought and sold.”

The debate over whether pornography can ever be acceptable looks set to continue and you and I may have very different views but there’s currently a push that is gaining widespread agreement from various members of the community.

Do we really want our sons and daughters to think that the provocative poses displayed on the cover of these magazines should be accepted as normal and appropriate for public places? This is not about banning the sale of such publications, it’s about removing them from public view.

My regular Wednesday morning guest on 98.5 Sonshine FM is Ross Clifford who is the Principal of Morling College in New South Wales and Vice President elect of the Baptist World Alliance. Each week we chat about a range of issues relating to spirituality and belief.

Today we discussed the display of pornographic material in shops and while Ross was speaking from a spiritual perspective he pointed out that it’s not just the ‘religious right’ having a whinge. Many people from a variety of walks of life are saying, “enough’s enough”.

Often in such cases we can be led to believe that there’s no turning back and that it’s just something we have to put up with but that’s not the case at all. Ross spoke about a variety of things we can do that will have a real effect including visiting Say No 4 Kids to become better informed on the issue and to sign their online petition.

Are you someone who is tired of seeing unsuitable images everytime you go shopping? Are you concerned about the message it’s giving to impressionable young minds? Are you prepared to put in a little effort to see change occur?

Click the play button of the audio player at the bottom of this post to hear what Ross had to say and then decide what you can do to bring change.

, a book by Craig Gross.

Do you think some of your friends would enjoy reading A dirty little secret? Please use the buttons below to share the post. Thanks. 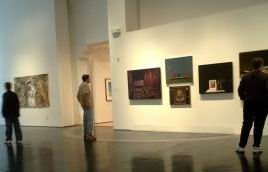