Tim Winders went from being a multi-millionaire living a lavish lifestyle to a homeless nomad. What caused such a dramatic change and what spiritual and life lessons did he learn along the way?

Known for his insight and effective, practical methodology, Tim Winders is a gifted speaker, facilitator, coach, and author. He is also the host and a content creator at the SGC Network.

It has always been Tim’s passion to aid others. As a consultant and coach, he is proud to help people from all walks of life become expert business owners, entrepreneurs, time managers, prioritizers, goal-setters, communicators, and, ultimately, confident and successful individuals. Combining his passion and gift for mentorship with his expertise in management development, negotiations, marketing, customer service, teamwork, communication, leadership, and strategic performance, Tim is able to consistently offer life- and business-changing results. Today, Tim specializes in business growth, leadership development, asset protection and privacy, and real estate investing. – TimWinders.com

Tim was my guest on the most recent episode of Bleeding Daylight. We explored the financial crash that lead to a very different lifestyle for Tim and his family.

These days, Tim and his wife choose to live a much simpler life in an RV. His story is fascinating and holds lessons for us all.

Tim is also the creator and host of the podcast, Seek. Go. Create.

Listen to our discussion on Bleeding Daylight wherever you find podcasts or click play on the audio player below.

Do you think some of your friends would enjoy reading Tim Winders – Rising from the Ashes? Please use the buttons below to share the post. Thanks.

David Collett is a chartered accountant with more than 25 years experience in the field of forensic investigation. After closely following financial markets he made a series of presentations to finance and investment communities, forecasting the collapse of financial markets and the 2008 stock market crash.

While we hear that the boom times have returned, many of us are finding that we’re still facing an economic crisis which threatens our financial standing.

David’s book False Gods Fleece the Faithful answers our questions about the current financial situation in simple, plain language. He encourages home-owners, taxpayers, wage earners, and individual investors to become the driving force behind the economic growth of our families, our communities, and our world.

David joined me in the studio this morning as part of my daily radio program on 98.5 Sonshine FM. You can hear our discussion on his book and what we should do to avoid financial ruin by clicking the play button on the audio player below.

Do you think some of your friends would enjoy reading False Gods Fleece the Faithful? Please use the buttons below to share the post. Thanks.

… and let’s push this thing down the hill.

One thing history teaches us is that we don’t learn from history.

Australia wasn’t hit as hard by the global financial crisis as other countries but we’ve certainly been affected. Now that there are promising signs of recovery, it seems that we’re getting ready to go out and start the cycle all over again. We’re addicted to spending and trying to fill our lives with ‘stuff’ and so many feel that we’ve got the green light to heat up the credit cards again.

Recent positive economic signs from the US make me wonder whether the same is about to happen all over the world.

We made the mistake of being too careless with money, mostly other people’s money, and it seems we’re getting ready to do it all over again. Rather than learning the lessons and starting to live within an adjusted budget, we just want to spend, spend, spend.

News.com.au is reporting that confidence has returned and we haven’t learnt a thing. They say that research is showing that Australians are “over” the global financial crisis and are again ready to worry about the things that troubled them in the last boom.

Almost two out of three consumers (65 per cent) are prepared to spend the same amount or more this Christmas, the report found. But the reprieve for the economy, and the boost for the Federal Government, is tempered by the return of old concerns, The Weekend Australian reported.

“The three issues that came up in discussions were all about health, roads and transport, and education – the failure of state governments and the public system in general to provide decent services,” research director Rebecca Huntley said yesterday.

“These were the things that people were worried about leading up to the last federal election and, unlike petrol and food prices, expect federal governments to do something about, especially in a second term.”

In a separate report, they’re saying that our biggest bank is telling its staff to push more debt onto its customers through loans and credit cards.

So how about you? Has the financial downturn caused you to look at your spending habits? Are you more concerned about budgeting than you were, knowing that financial circumstances can change overnight?

I wonder if we’ll all just return to spending more on the latest and greatest ‘stuff’ for ourselves and forget that people in developing countries, through no fault of their own, were hit the hardest by the crisis and will be the last ones to ‘recover’.

Are you ready to release the brakes, push this thing down the hill, and hope that it doesn’t go wildly out of control and crash once again?

Do you think some of your friends would enjoy reading Release the brakes …? Please use the buttons below to share the post. Thanks.

Today’s the day that Prime Minister Kevin Rudd’s second economic stimulous package starts getting rolled out to the Australian public.

Kogan Technologies has taken advantage of the stimulous package and created some magnificent marketing. They’ve launched the Kogan Technologies KEVIN37 HD LCD TV. It’s been carefully designed to coincide with the government handout and the TVs will be ready to be shipped to customers next month. The cost of these televisions is only $900, the exact amount that many Australians will be given by the government.

Celebrate the Australian Government’s stimulus package with the Kogan KEVIN37.

The Kogan KEVIN37 in conjunction with the government bonus is a great combination for Australian’s looking for an affordable home entertainment solution.

Bring your living room into the digital age with the Kogan KEVIN37. Featuring a High Definition 37″ LCD Panel, Built in High Definition Tuner and HDMI input, it’s sure to suit every need.

The Kogan KEVIN37 LCD HDTV will also ship with a free promotional t-shirt.

I don’t think we’ll be taking advantage of the offer but I reckon it’s a case of very clever marketing.

Are you getting money from Mr Rudd? Have you decided what you’ll do with your slice of the pie?

Do you think some of your friends would enjoy reading KEVIN37? Please use the buttons below to share the post. Thanks. 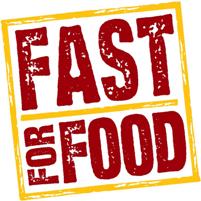 Yesterday in my post Every 7 Seconds … I introduced FAST for FOOD an initiative of Compassion which is happening throughout November.

If you missed yesterday’s post can I encourage you to read through and decide if you’ll be part of this life saving event?

I’m especially passionate about doing something to help after seeing the extreme poverty and desperation of many people facing a very uncertain future in Haiti earlier this year.

Today I want to outline a little bit more of what Fast for Food is trying to accomplish.

The steps are outlined on the website as follows.

PRAY
“Before they call I will answer, while they are still speaking I will hear.” Isaiah 65:24

Download the 30 day FAST for FOOD Prayer Calendar for the month of November. (I’ll be posting each day’s entry for the calendar here on my blog so you can simply follow along by reading my daily posts.)

FAST
“When I heard these things, I sat down and wept. For some days I mourned and fasted and prayed before the God of heaven.” Nehemiah 1:4

Give up food for a day or more and feel the hunger pangs that millions experience for days on end.

“Is not this the kind of fasting I have chosen: to loose the chains of injustice … Is it not to share your food with the hungry …” Isaiah 58:6-7

As you spend time in prayer and fasting, please bless those in desperate need by donating the money you would normally spend on food—or other activities that you choose to fast from—to Compassion’s Global Food Crisis Appeal.

“…if you spend yourselves in behalf of the hungry and satisfy the needs of the oppressed, then your light will rise in the darkness and your night will become like the noonday.” Isaiah 58:10

Encourage your friends, family, colleagues and church members to join us in FAST for FOOD and see God move.

If you’re prepared to take part and make a difference for those in desperate need please let me know in the comments section of this post.

Do you think some of your friends would enjoy reading FAST for FOOD Explained? Please use the buttons below to share the post. Thanks.