I saw the face of hope this morning.

He was standing on the island of a busy street corner in an industrial area. I was cycling past on my way to work. His work boots and his high visibility safety shirt said that he was ready for work but there wasn’t any work for him today.

The string that ran across the back of his neck suspended an old piece of board with a hand painted message asking for work and listing just a little of his work history. A handful of words told me that he had plenty of skills and a wealth of experience but I guess it’s not easy to find a job when you get past a certain age. The lines on his face and his graying hair suggested he’d reached that age.

I’ve been unemployed a couple of times but I’ve never had to stand on a street corner on a cold August morning advertising the fact. Was this a brave move or an act of desperation? Either way I admired his courage.

As I waited for the traffic to clear so that I could continue my journey something beautiful happened.

A van stopped at the lights and a hand reached out from the passenger’s window. The hand offered a business card. I wasn’t close enough to hear the few seconds of rushed conversation but I’m guessing it was about the possibility of employment. The man darted into the middle of the road, quickly grabbed the card, stuffed it into his shirt pocket, and then retreated to the safety of the island as the van drove off.

His previously emotionless face lit up. He pulled the card out of his pocket and gazed at it as if it was the photo of loved ones, family, those most cherished. His smile seemed to light up the dark winter sky. He then shoved the card back into his pocket and continued trying to grab the attention of passing motorists with his sign.

The card he was handed probably wasn’t offering the certainty of work. If it was he wouldn’t have continued to show his sign to everyone who passed. But I’d suggest there was hope in that business card, a glimmer, the possibility of something brighter ahead, and that’s all it took.

If he’s there again tomorrow I’m going to stop and find out a little bit more about his story.

I saw the face of hope this morning and it brightened a busy street corner.

Hope itself is like a star – not to be seen in the sunshine of prosperity, and only to be discovered in the night of adversity. – Charles H. Spurgeon

Do you think some of your friends would enjoy reading The Face of Hope? Please use the buttons below to share the post. Thanks.

I’m so sorry that I left you. Summer seemed so enticing and warm, hot even, but I was wrong to leave you. I know that now.

Sure, you were cold at times but at least you didn’t flare up all the time like Summer does. Spending time with Summer leaves me feeling drained and tired. Back when we were still together, Summer made promises, but the reality is so different to what I imagined.

I fell for the oldest trick in the book. When I was with you the grass seemed greener elsewhere, but with Summer, there is no green grass. Nothing’s green. It’s all brown and crunchy.

I’m not saying that there haven’t been great times with Summer. Some evenings have been amazing but Summer’s gentle warmth gives way to an incredible harshness when the next day arrives. I expected endless excitement but I’ve got to admit, I’ve been burnt. I can’t sleep. I just lay awake thinking about you.

Winter, I know it’ll still be some time until you feel ready to take me back but right now I’m yearning for you. In the mean time you may hear stories that I’m still with Summer. Let me assure you that’s not my fault. I want Summer to go but you have no idea how clingy Summer can be.

Before I return to you it’s likely you’ll hear rumours that I’m with Autumn but believe me, I’m coming back to you.

Do you think some of your friends would enjoy reading Dear Winter? Please use the buttons below to share the post. Thanks.

Today is the first day of spring in Australia. I’m looking forward to the mornings being a little brighter and the days being a little warmer. I particularly enjoy spring because it’s so much better for cycling.

The winters in Perth are never very severe. It never snows and while the weather might get a bit chilly and a little wild at times, I can generally still ride my bike throughout winter. Having said that, spring is just so much more comfortable.

Do you think some of your friends would enjoy reading Changing Seasons? Please use the buttons below to share the post. Thanks. 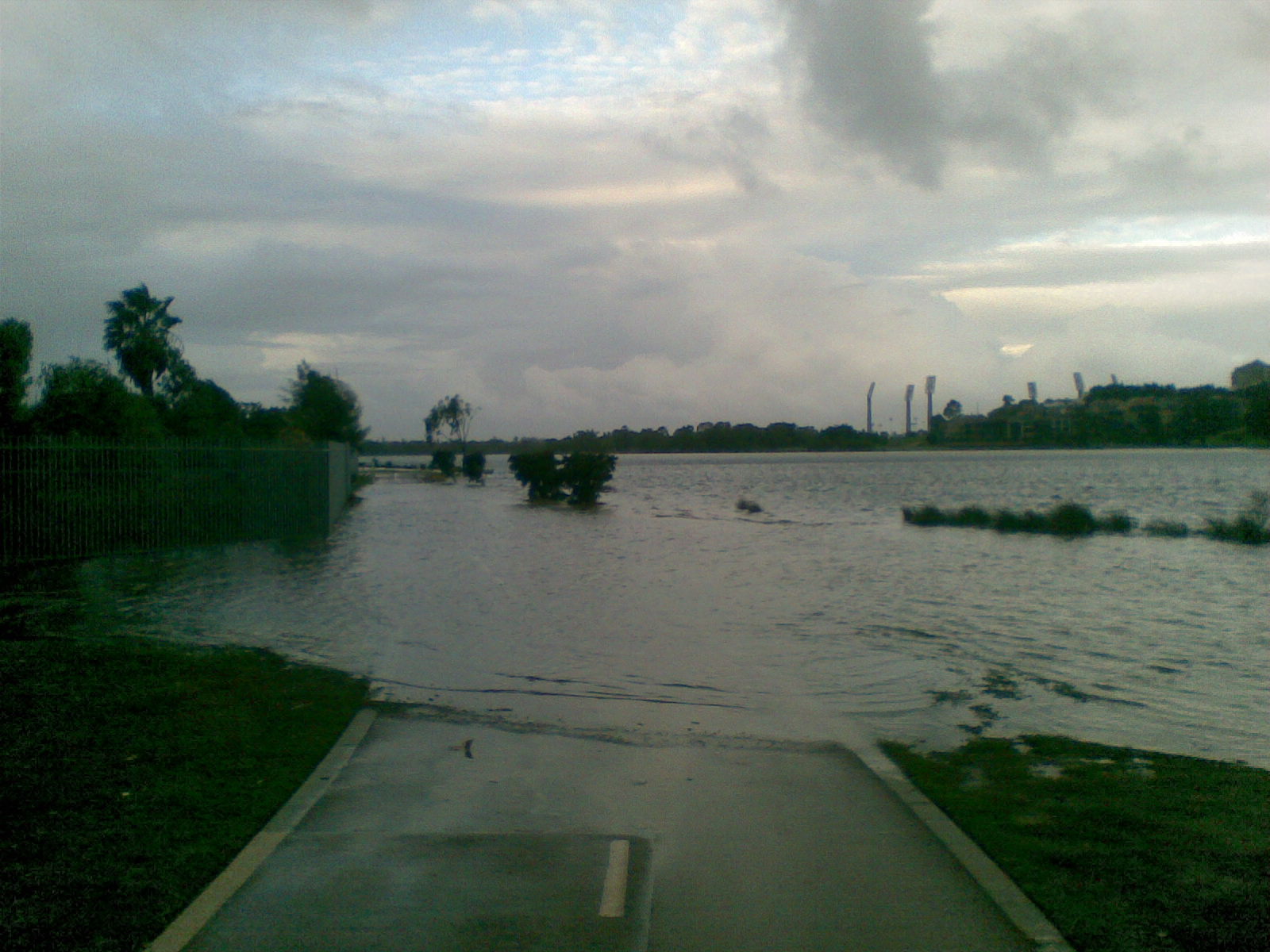 The problems arise when parts of the cycleways I use suddenly disappear under water. The picture in this post shows one of the areas that floods if the river’s up and the rain’s coming down. I took the photo on Friday morning, right before I turned around and headed back across Windan Bridge to find an alternate route to work.

Today was a different story. There had been a fair bit of rain and so I thought that the same thing may have happened. I intended to detour on the way to work.

As can happen, I got lost in the moment and turned the same way I always do, following the same route I always do. Thankfully there was no flooding so I just headed on my way to work.

This afternoon I needed to go to a meeting. I was running late and so I tried to push myself to make up time. I got to the Causeway underpass and found it flooded. That should have been warning enough. I headed back up the cycleway and crossed the road to rejoin the path on the other side.

Once I got to the area just before Windan Bridge I saw a very wide river which had totally engulfed the cycleway. I was already running late and didn’t have time to back track. I put my bike on my shoulder and waded in. At some points the water was almost up to my knees. Keep in mind this is not just a puddle, it’s part of a river, a moving, swirling river.

I finally stepped out at the other end with some very soggy shoes. I jumped back on the bike and headed off for my meeting.

Thankfully I didn’t have to cross any more flooded cycleways although I did have to ride through an extremely heavy downpour a few kilometres from home. I didn’t mind that too much because the bike needed a really good wash to get rid of all the sand and road grit it’s been picking up from riding on wet roads over the past couple of weeks.

Do you think some of your friends would enjoy reading The Swim Home? Please use the buttons below to share the post. Thanks. 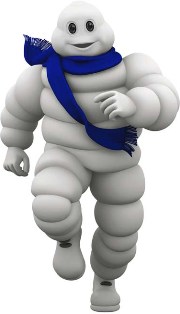 It was a very cool start but what a marvellous day. I do wonder sometimes how Perth people would cope in colder climates. I don’t think I’d do too well but I see some people who look like they’re ready for snow to start falling.

To put things in perspective, Perth’s coldest minimum in recorded history was on this day back in 2006. We got to a low of 0.7 degrees Celcius (33.26 Fahrenheit). I remember that morning well because I was on my bike at the time trying to ride fast enough to warm up. The low today was 4.7 degrees Celcius (40.46 Fahrenheit) around 2:30 in the morning. It never gets cold enough to snow.

I certainly put on an extra layer or two when I’m cycling to work on cold mornings but I see others who really go to town. I saw a guy this morning who was cycling in a huge puffy jacket that had him resembling the Michelin Man. He had a full balaclava under his helmet covering most of his face in wooly warmth. I reckon I’d be sweating buckets underneath all that lot. Maybe his internal thermostat wasn’t working too well.

I must say, that if this is winter in Perth, I have no desire to live anywhere else.

Do you think some of your friends would enjoy reading God's Frozen People? Please use the buttons below to share the post. Thanks.