Do you think some of your friends would enjoy reading Can Love Last?? Please use the buttons below to share the post. Thanks. 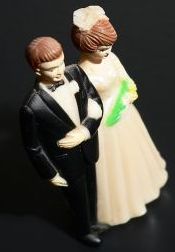 A new study has revealed that couples who choose to live together before marriage are more likely to have their relationship end in divorce than those who wait until after the wedding to move in together.

With more than 70 percent of couples in the United States living together before marrying, and I’d guess a similar number in Australia, this study gives an interesting insight into the alarmingly high divorce rates in both countries.

The study, carried out by researchers from the University of Denver, also shows that those who wait are more likely to have a more satisfying marriage.

An AFP article, Living together before marriage ups chance of divorce: study, quoted researchers explaining some of the main elements of the research findings.

“We think that some couples who move in together without a clear commitment to marriage may wind up sliding into marriage partly because they are already cohabiting,” said senior researcher and study co-author Galena Rhoades.

“It seems wise to talk about commitment and what living together might mean for the future of the relationship before moving in together, especially because cohabiting likely makes it harder to break up compared to dating,” said another researcher, Scott Stanley.

Of course it would be a gross over simplification to suggest that waiting leads to ‘happily ever after’ and living together is a direct pathway to divorce, but it is well worth looking at the research and seeing what we can discover.

Why do people choose living together over marriage? I wonder if it has a lot to do with seeing the breakdown of so many other marriages, especially parents’ marriages.

Some research from a separate study that has appeared in the Journal of Family Issues says the most common reason people choose to live together before marriage is that they want to spend more time together, followed by convenience, followed by testing the relationship.

Testing the relationship used to be the biggest reason but researcher Galena Rhoades suggests it’s also the worst possible reason to move in together.

Cohabiting to test a relationship turns out to be associated with the most problems in relationships.

So what do you think? Are we better off sticking with traditional values and waiting? Can living together lead to long lasting relationships if we are sure about the long term direction of the partnership or does that still lack the commitment of marriage?

Please leave your thoughts in the comments section of this post.

Do you think some of your friends would enjoy reading Can living together lead to divorce?? Please use the buttons below to share the post. Thanks. 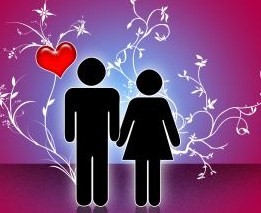 According to Australian Family First senator Steve Fielding, divorce adds to the impact of global warming as couples switch to wasteful single lifestyles.

We understand that there is a social problem (with divorce), but now we’re seeing there is also environmental impact as well on the footprint.

He’s certainly got a point. If divorce means that families that once occupied one household are now split between two homes, they will be using up more resources than if they stayed together.

While I think there is merit in looking after the planet, I think there are far greater reasons to keep marriages together. I understand that it may not always be possible and that many readers already know the pain of divorce. Although I’ve never experienced it I know that it must be a devastating experience and that there aren’t too many people who would take such a step lightly.

So if we’re to keep marriages together, even turning difficult marriages around, we need to go back to basics and understand the building blocks of marriage and our part in keeping a relationship not only alive but thriving and growing.

Once a fortnight during my morning radio programme on 98.5 Sonshine FM I chat to Rob Furlong about relationships of various kinds. We discuss how to develop better relationships. The only person we can truly control in our relationships is our self so we also discuss ways to move forward personally so that we can bring everything we should to a relationship.

This morning we started discussing the building blocks of marriage. Today’s segment was just the beginning in a journey that we’ll take over the coming months as we seek to look at the most important characteristics of a good, solid marriage.

What do you think are the essentials of a good marriage? Are there things you know now that you wish you’d known before you married? If you’re single, how are you discovering what you need to know to equip you for marriage?

Do you think some of your friends would enjoy reading The Building Blocks of a Good Marriage? Please use the buttons below to share the post. Thanks. 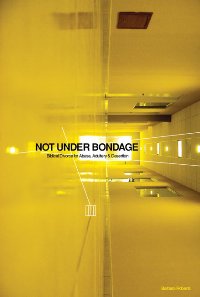 What kind of God would insist on a woman staying in a relationship with an abusive husband? Some Christians believe that divorce is totally unacceptable under any circumstance but is that really the case?

There are very few people who enter marriage with anything but the best of intentions and a strong desire to make a life long committment, but for those wanting to stay within God’s plan, what happens when people find themselves in a destructive relationship?

Under what circumstances does the Bible permit divorce?

Does the Bible allow for a divorced Christian to remarry?

Divorce and remarriage remains a hot topic in Christian circles with a wide variety of opinions on the subject.

Barbara Roberts has written a book titled Not Under Bondage – Biblical Divorce for Abuse, Adultery and Desertion. I recently spoke to her about her book and her journey to recovery.

You can hear what she has to say by clicking the play button on the audio player at the bottom of this post.

Do you think some of your friends would enjoy reading Abuse, adultery and desertion? Please use the buttons below to share the post. Thanks.