I haven’t written a lot in the past few days due to the ‘mystery virus’ that is still attacking my body.

I’m feeling a lot better but my mind is still not back to normal. Well, normal for me anyway.

I’ve been running a few thoughts around in my head for the past week that I’d love to be sharing but I’d rather wait until I can express them coherently. Maybe I could draw from some of my previous “Thought of the Day” stocks. Years ago when I worked a very boring job I’d amuse myself by writing a thought each day. They weren’t earth shattering but it made the day go faster. They included such gems as, “Venus de Milo hasn’t always been what she’s now cracked up to be.” See, I told you they weren’t great.

Do you think some of your friends would enjoy reading I'm Still Alive – I Think.? Please use the buttons below to share the post. Thanks.

I can’t think all that well at the moment. A virus hit me pretty hard yesterday. I think it’s starting to ease up but in the meantime my brain is a bit hazy.

I’d better not write too much today. I might write something I regret when my brain starts functioning again.

Do you think some of your friends would enjoy reading My Brain Hurts? Please use the buttons below to share the post. Thanks.

You know the kind of thing. Make sure that you don’t over-extend yourself in your finances, with your family, with your work, in fact in every area of life. Make time to set the real priorities.

See – it must be a craze. Or maybe, just maybe, God is trying to get through to me. Do you ever have that kind of experience? I find it’s one of the ways that God speaks to me. I must be pretty thick because when he wants to get through he puts the same subject into my life dozens of different ways until I obey. Looks like I might have to create a few margins.

So it’s not a craze after all – but if you’ve been hearing a lot about margins recently – maybe this is just another one of those messages that God is using to let you kow it’s time you did something about it.

Do you think some of your friends would enjoy reading The Latest Craze!? Please use the buttons below to share the post. Thanks.

I’ve got to admit that I don’t understand the big thing about a lot of current “Praise & Worship” music available today. I don’t have lots of CDs from the latest ‘hot church’ and really can’t get into a lot of what they’re serving up. Don’t get me wrong – there are a lot of such songs that I enjoy singing along to ‘at church’ (and others that I don’t) but it’s not really my style.

I used to wonder if this made me less spiritual because everyone else was into it.

Of course, not everyone else is into it, just the vast majority of the Christian population. Then again, going by album sales, the vast majority of the general population is into stuff like Craig David, Britney Spears, a variety of homogenous boy bands and lots of skinny young girls that all sound the same. I don’t see the attraction but that’s what ‘pop’ music is all about. Pop music is specifically designed to be attractive to the greatest amount of people possible. With that in mind I guess it’s OK that much of the current P&W music is the way it is because it is reaching and touching many people. I’m obviously just not one of them.

I want to listen to music that grabs me musically and challenges me lyrically in a way that this music doesn’t. If it does for you – great – but I find a lot of it bland and formula driven. (Just my personal taste.)

Over the last few days I’ve been re-listening to my collection of CDs by The Call – a moderately successful 80s and early 90s band. You might remember some of their songs like The Walls Came Down or Let the Day Begin. They never classed themselves as a ‘Christian’ band but their music causes me to stop and think. It causes me to re-evaluate my relationship with God and to feel deeply about stuff.

I’ll have to share some of their lyrics with you sometime but here’s a snippet from an article run in Contemporary Christian Music Magazine some years ago.

Though the Call is marginally connected with Christian music, Been’s not given to aligning himself with it. In fact, he says he never even heard of the Cornerstone Festival before The Call’s slot on the fest’s Encore stage in July.

“I’m not even aware of that world, really,” Been explains. “I found the Christian market to be a whole different culture, and I didn’t care for it very much. It hasn’t been very exciting or interesting or innovative, although I love Over the Rhine, Bruce Cockburn and Mark Heard. I just find it sad that we make distinctions with music – to me it’s depressing that there’s even black music and white music.

“I [wish] Christian musicians wrote more about their life experiences instead of trying to be so ‘on the nose’ with spiritual language. It doesn’t give people room to be who they are at the stage they’re at in life. I like to write with the feel of parables, not in strict language. I’m attracted to people who tell me a story, and then I see what it stirs up in my own life. But putting Psalms to music? Taking 30 lines from the Bible for a song? That’s why I like religious books, for instance, rather than books on religion.”

Unfortunately, at least one recent development has further soured Been to Christian music. “Of the 10 major Christian market radio stations, six have refused to play the Best of The Call because of my involvement in The Last Temptation of Christ,” says Been, who played the role of John the Baptist in the film. “I never thought the movie was blasphemous. We were trying to do something important. Of course, if I publicly denounce and regret my involvement in it….

“It just doesn’t feel good, these rules and regulations and laws. There’s a whole lot of language you have to be hip to. I’m always asked, ‘Have you accepted the Lord?’ ‘Are you saved?’ All these codes and passwords. Well, you know, there was a different question asked many years ago in Ireland or Scotland, and it’s more to the point: ‘Do you believe in the blood?’ My answer? ‘Yes. I believe in the blood.’ I’m not quite sure what that other stuff means, but hopefully we won’t go ‘I got it! I got it!’ during our lives because once you say that, you’ve just proven that you haven’t got it.”

I hope you get a chance to hear some of their music sometime. (Unless of course you’d rather listen to P & W.)

Do you think some of your friends would enjoy reading A Different Kind of Christian Music? Please use the buttons below to share the post. Thanks.

Have you tried any of those Boost Juice places?

There’s one at the local shopping centre and I might be tempted to try one of their concoctions if I could ever get near the counter. Wherever I’ve seen these shops there is always a queue. What’s going on?

I guess people know that what they’re peddling is good for them. On their website they say, “At Boost we make a passionate commitment to enrich people’s bodies with nutritious smoothies, juices and healthy food.”

With drinks starting at $3.80 for a small cup, people are obviously keen on getting into stuff that’s good for them.

So what’s my point? I just wonder why people aren’t queuing up like that to find out more about Jesus. (Please excuse the comparison to fruit juice.) Surely if people realised how wonderful Jesus is they’d want to get in touch with him. In crass marketing terms, we know the product is good; so why can’t we get more people interested? I know there are spiritual forces at work here but there should still be people beating down our doors.

Do you think some of your friends would enjoy reading Have You Been 'Boosted?'? Please use the buttons below to share the post. Thanks. 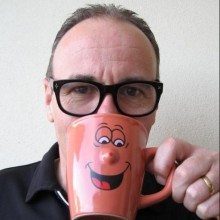 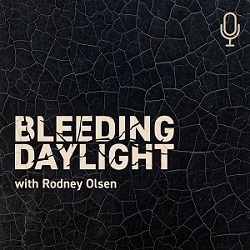