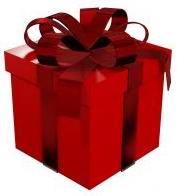 Why do we still celebrate Christmas? Is it still relevant or just a chance for another holiday? Does Christmas hold any real significance for people today? What’s the real meaning behind the 25th of December and why do we make such a fuss about it?

While you look forward to unwrapping your gifts this Christmas I wanted to take a few moments to unwrap the real Christmas story and ask what it’s really all about.

We all enjoy giving and receiving gifts on Christmas Day but it’s important that we take time to remember what Christmas really signifies.

While it’s generally accepted that the 25th of December isn’t the actual date that Jesus was born, it’s the day that has been chosen for celebrating Jesus’ birthday. That means Christmas is really a big birthday party.

So why should we be invited to the birthday party? Jesus was born around 2000 years ago. Why do we still celebrate his birth?

Christians believe that Jesus is the Son of God. In fact, and this is where it gets tricky, according to the Bible, Jesus is actually God in human form so this is no ordinary birthday.

Here’s a little bit of the Christmas story from the Bible. This account is from a book of the Bible written by a guy named Luke.

At that time the Roman emperor, Augustus, decreed that a census should be taken throughout the Roman Empire. (This was the first census taken when Quirinius was governor of Syria.) All returned to their own ancestral towns to register for this census. And because Joseph was a descendant of King David, he had to go to Bethlehem in Judea, David’s ancient home. He traveled there from the village of Nazareth in Galilee. He took with him Mary, his fiancée, who was now obviously pregnant.

And while they were there, the time came for her baby to be born. She gave birth to her first child, a son. She wrapped him snugly in strips of cloth and laid him in a manger, because there was no vacancy for them.

That night there were shepherds staying in the fields nearby, guarding their flocks of sheep. Suddenly, an angel of the Lord appeared among them, and the radiance of the Lord’s glory surrounded them. They were terrified, but the angel reassured them. ‘Don’t be afraid!’ he said. ‘I bring you good news that will bring great joy to all people. The Savior—yes, the Messiah, the Lord—has been born today in Bethlehem, the city of David! And you will recognize him by this sign: You will find a baby wrapped snugly in strips of cloth, lying in a manger.’

Suddenly, the angel was joined by a vast host of others—the armies of heaven—praising God and saying,
‘Glory to God in highest heaven, and peace on earth to those with whom God is pleased.’
When the angels had returned to heaven, the shepherds said to each other, ‘Let’s go to Bethlehem! Let’s see this thing that has happened, which the Lord has told us about.’

They hurried to the village and found Mary and Joseph. And there was the baby, lying in the manger. After seeing him, the shepherds told everyone what had happened and what the angel had said to them about this child. All who heard the shepherds’ story were astonished, but Mary kept all these things in her heart and thought about them often. The shepherds went back to their flocks, glorifying and praising God for all they had heard and seen. It was just as the angel had told them.

Aha! So that’s where the manger and the shepherds come in.

That’s pretty much the story of Christmas. God living among the people he created. It’s an amazing thought but it’s even more amazing when you thread the whole story of Jesus’ life together. After all, usually when we celebrate someone’s birthday we don’t just remember the day they were born, we celebrate who that person has become and what they’ve brought to the world.

If we’re still celebrating the life of someone born around 2000 years ago, we’ve got to assume that they lived a remarkable life. If you want to find out more about the remarkable life of Jesus, I’d encourage you to grab a Bible in an easy to read translation and then read one of the Gospels (Matthew, Mark, Luke or John) to find out about Jesus’ birth, life, death and resurrection.

Do you think some of your friends would enjoy reading What’s the real meaning of Christmas?? Please use the buttons below to share the post. Thanks.

The Answer is Not 42
That’s Christmas