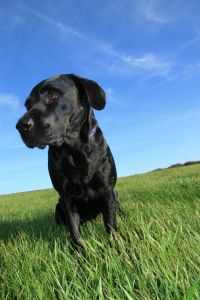 I don’t think I could imagine life without pets.

I grew up surrounded by cats and we always had a dog at our place. We have a cat at the moment and my son, James, has a couple of mice.

Pets are wonderful. We hear about studies from time to time that tell us how much healthier we can be if we keep pets. They’re great for company and can increase our general sense of wellbeing. I even heard of a recent study that said kids who grow up with a dog in the house are more resistant to a number of illnesses. I really do get the whole pet thing.

On the other hand, I get concerned about the importance some people place on their pets.

Seeing the poverty that people are facing in Haiti and Dominican Republic makes coming home pretty tough. It’s hard to see the amount of money that some people spend on animals here when people not so far from us can’t afford to put food on the table for their families.

So how do we think rightly about our furry and feathered friends?

Pets are wonderful but in the end they are just pets. They are not equal to children and talking about them as such devalues human life.

Charles Colson has written an interesting article for Christianity Today titled Keeping Pets in Their Place. In the article he reminds us that it was William Wilberforce, the man who fought so hard to abolish slavery, who founded the Society for the Prevention of Cruelty to Animals in 1824. It is absolutely right that we treat all God’s creatures with respect (even the tasty ones) but Colson is concerned with the push to remove the distinction between animals and humans.

Christianity teaches that humans are unique in all of creation: we are conscious of our existence, aware of death, capable of works of great creativity, and the only part of creation that bears the image of God. Humans alone have eternal souls, which confers unique moral status.

Many animal-rights activists dismiss any distinctions between humans and animals as “speciesism,” which Princeton professor Peter Singer defines as “a prejudice” that favors “the interests of members of one’s own species … against those of members of other species.” If the material world is all there is, if humans are nothing more than the product of evolutionary forces, then they are essentially no different from pigs, dogs—or rats, as Ingrid Newkirk of PETA once famously said. Humans are merely the latest stage in evolutionary development.

Whether you look at it from a faith perspective or from a purely secular point of view, surely we need to maintain some kind of perspective. Animals are animals and while they are important to us and valuable in so many ways, they are not humans.

I was sent a survey this week from LinkMe which says that Australians put animals above people living with HIV/AIDS.

76% of Australians would offer their hand for voluntary work yet far more people would consider lending their time to help animals rather than people living with HIV/AIDS, according to the results of a survey conducted by leading career building and networking company LinkMe.com.au.

The survey of 1568 Australians revealed that whilst 13.8% of people believe people living with HIV/AIDS are in need of support, 40% of people are receptive to the plight of animals.

People recognise children as those most in need of additional services (46.6%) with sick and homeless people lagging at 23.5% and 26.1% respectively marginally ahead of people living with HIV/AIDS.

Don’t you think that there’s something wrong with our priorities when we value the lives of animals above humans? At least children seem to rate higher than dogs.

So what do you think? Do we place too much emphasis on our pets? Is it morally right to lavish so much attention on our pets while the people of Haiti are literally eating dirt?

I think the song Angel by Everything But The Girl puts it well in talking about a young girl begging in the street.

I know that pets are only one of the excesses of our society and that there are many other things we could and should sacrifice to allow us to better care for people both overseas and at home. It’s not easy to gain the right perspective on so many things when we aren’t faced with the reality of poverty every day.

Maybe we need to force ourselves to face the reality of life for people in developing countries and the poor in our own backyards, not to make ourselves feel guilty, but in order to equip ourselves to take some small but life saving steps towards serving those in need.

Do you think some of your friends would enjoy reading Keeping Pets in Perspective? Please use the buttons below to share the post. Thanks.

Hearts break across Australia
Got the time?